A Little About Sports in Jamaica

Sports in Jamaica has continued to grow in its popularity. It has grown in popularity world wide because of the success of track and field. In 2008 Jamaican athletes - notably Usain Bolt and Shelly-Ann Fraser - proved a force to be reckoned with in Beijing. Both male and female athletes broke records in three different events (100m, 200m, and the 4x100 men's relay). 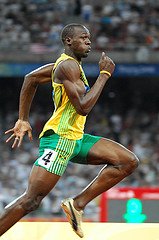 Jamaica began an outstanding record as competitors in track and field as far back as 1948 when sprinter Arthur Wint took home the island's first Olympic gold medal. Currently, Usain Bolt is considered the fastest sprinter in the world.

Jamaica has also produced fine football (soccer) players such as Dane Richards, Donovan Rickets,and Liverpool legend John Barnes. Football is Jamaica's number 2 sport. The Jamaican National Team - also known as the Reggae Boyz - gained notoriety when they qualified for the 1998 World Cup. However, since then the team has gone through many challenges and has not since qualified. Nevertheless, the Reggae Boyz draw large crowds for international matches and friendlies at the National Stadium in Kingston.

I can remember playing as young boy in the school yard and watching and trying imitate the skills of my cousins. Playing as a boy, then on my high schools varsity team, and also a bit in college has turned my love for the game into an addiction. 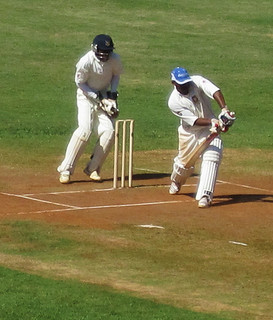 Another crowd pulling sport in Jamaica is cricket. Cricket has a tremendous following on the island. The lovely game of cricket is played all over the island. You can find children and cricket fans playing in the streets and in school yards as they impersonate their favorite players and hone their skills. But the real thing takes place at Sabina Park - also in Kingston.

Jamaicans compete locally in other sports such as water polo, netball (like basketball), table tennis, and badminton. We have also seen them compete in bobsled in 1994’s Winter Olympics.